The NSW Institute of Sport’s ‘Campaign Tokyo’ is celebrating the build up to the Tokyo 2020 Olympics and Paralympics.

Athletes, coaches and support staff from Team NSWIS will head to Tokyo, and we’ll be following them every step of the way. Hear from our inspiring experts and athletes on their journey to the Olympics and Paralympics.

Boost for Paralympians in quest for Tokyo gold

Paralympians look ahead one year out from Tokyo 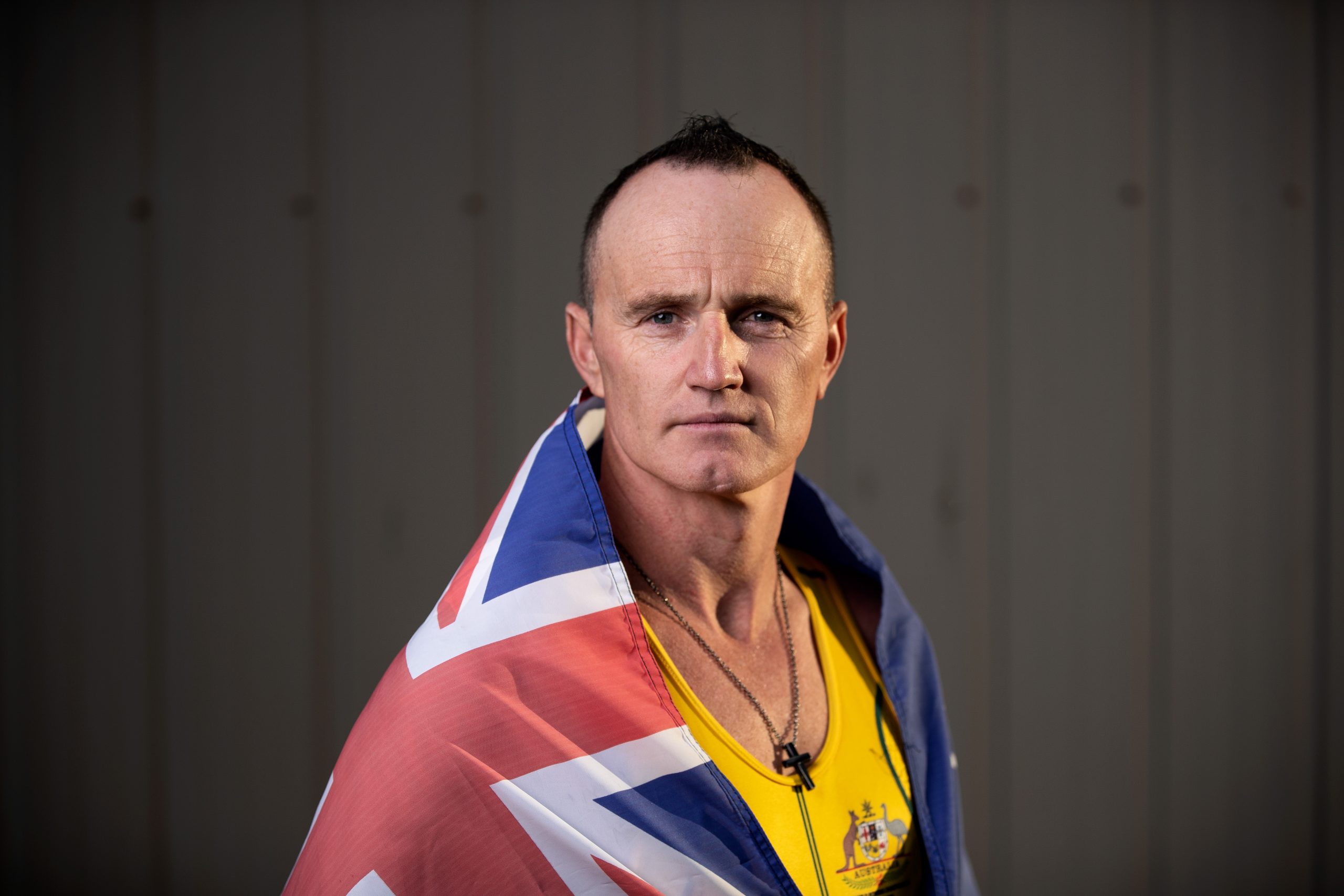 Lucien Delfour is a canoe slalom athlete who competed in the K1 event at the 2016 Olympics in Rio. Delfour has had multiple podium finishes at World Cup level, including silver at the 2019 World Cup in Markkleeberg, Germany.

Following wins in the K1 at both the 2020 ICF Oceania Canoe Slalom Championships and 2020 Australian Open it was announced that Delfour was off to his second Olympics where he will contest the K1 at Tokyo 2020.

Jessica Fox is a two-time Olympic medallist, seven-time world champion and hailed as the greatest individual paddler of all time.

The NSWIS scholarship holder amassed numerous junior world championship titles before announcing herself on the world stage at the London 2012 Olympic Games. At just 18-years-old, Jess produced one of the meet’s surprising performances to take silver in the women’s K1 event. The result made her the youngest woman to ever medal in canoe slalom at the Olympics.

At the 2018 ICF Canoe Slalom World Championships, Jess won two gold medals to become the most accomplished individual paddler of all time. In the following year’s championships event, Jess won silver in both her individual events before teaming up with sister Noemie Fox and Rosalyn Lawrence to take gold in the women’s C1 team.

Kayaker Jo Brigden-Jones is a world championship medalist who has been a member of the Australian Canoe Sprint Team since 2004.

Brigden-Jones competed at the London 2012 Olympics in the K4 500m event and will return to the Olympic arena for Tokyo 2020.

Bridgen-Jones has had several World Cup podium finishes including a silver medal at the 2018 World Cup in the K4 500m.

After taking a two-year break from the sport and undergoing shoulder surgery, Tame returned in 2019 where he led the Men’s K4 500m at the World Championships to secure an Olympic quota spot for Australia for Tokyo 2020.

In March 2020 it was announced that Tame had been selected to the Australian Olympic Team for Tokyo.

Canoe sprint athlete Riley Fitzsimmons represented Australia at the 2016 Rio Olympics in the K4 1000m, where the crew finished fourth.

Fitzsimmons will return to the Olympic arena for Tokyo 2020.

Jaime Ryan is a sailing athlete who competed at the Rio 2016 Olympics in the women’s 470 class with sailing partner Carrie Smith.

Hailing from Lake Macquarie in NSW, Ryan was also selected to compete at the Tokyo 2020 Olympics, this time in the women’s 49erFX class with crewmate Tess Lloyd.

In Rio, Jaime Ryan placed 15th overall in the women’s 420 event. Her brother, Will Ryan, also competed at the Rio 2016 Olympics and secured a silver medal in the men’s 470 event.

Sailor Jason Waterhouse won the silver medal in the mixed Nacra 17 at the Rio 2016 Olympics with his sailing partner (and cousin) Lisa Darmanin.

The Rio silver medallists return to the Olympic arena for Tokyo 2020 in the mixed-crew Nacra class. The pair have consistently been among the world’s best, backing up a stunning 2018/19 season which included a run of four international victories in five events with back-to-back bronze medals at the 2019 and 2020 Nacra 17 World Championships.

The duo also competed in the 2014 World Championships in Santander and won bronze.

Sailor Lisa Darmanin won the silver medal in the mixed Nacra 17 at the Rio 2016 Olympics with her sailing partner (and cousin) Jason Waterhouse.

The Rio silver medallists return to the Olympic arena for Tokyo 2020 in the mixed-crew Nacra class. The pair have consistently been among the world’s best, backing up a stunning 2018/19 season which included a run of four international victories in five events with back-to-back bronze medals at the 2019 and 2020 Nacra 17 World Championships.

The duo also competed in the 2014 World Championships in Santander and won bronze.

Cyclist Ashlee Ankudinoff has had tremendous success throughout her career. At the 2019 UCI Track Cycling World Championships in Pruszkow, Ankudinoff won gold in both the individual pursuit and team pursuit.

Prior to that Ankudinoff won gold at the Gold Coast 2018 Commonwealth Games and two silver medals at the 2017 World Championships.

Ankudinoff competed at the Rio 2016 Olympics in the Australian women’s team pursuit squad.

Kaarle won a bronze medal at the London 2012 Olympics and has been with the NSW Institute of Sport for over ten years.

At the 2019 UCI Track Cycling World Championships in Pruszkow, Kaarle won gold with riding partner Stephanie Morton, as well as silver in the keirin and bronze in the time trial.

Thomas Grice will make his Olympic debut at Tokyo 2020 in the Trap shooting event.

In 2017, Grice and partner Penny Smith became the first ever ISSF World Champions in the Mixed Trap Team event. The pair finished on the podium again at the 2019 World Championships in Lonato, Italy where they claimed bronze.

Grice won bronze at the 2017 Oceania Championship in the Men’s Trap and competed at the 2018 Commonwealth Games on the Gold Coast.

Trap Shooter James Willett made his Olympic debut at Rio in 2016 where he finished fifth in the Double Trap.

Willet changed to Trap after the Double Trap was removed from the Olympic shooting competition for Tokyo and, in 2019, he equaled the world record at the World Cup in Acapulco shooting a perfect qualifying score before going on to take gold. Later that year Willet and partner Laetisha Scanlan took gold at the World Championships in the mixed trap.

Following his win at the 2020 Commonwealth Championships, Willet was selected on the Australian Team for Tokyo 2020.

Jessica Hull is an Australian representative distance runner who has been officially selected onto the Australian Olympic Team for the Tokyo 2020 Olympic Games in the women’s 5000m event.

Hailing from Albion Park (City of Shellharbour), the NSW Institute of Sport scholarship holder broke an 18-year-old Australian record in the 5000m by four seconds at the 2020 Herculis Diamond League in Monaco (finishing in 14:43:80) .

As a junior, Hull won multiple Australian Athletic Championships in both the 1500m and the 3000m, and went on to finish 7th in the 3000m at the 2014 IAAF World Junior Championships.

In 2015, the Australian relocated to the USA to take up an athletics scholarship at the University of Oregon, where she earned seven All-American honours and was a four-time NCAA Champion.

Rheed McCracken is a para track athlete who has competed and won medals at the London 2012 and Rio 2016 Paralympic Games.

Rheed, who is based in Newcastle, has won multiple world championship medals, including back to back silver in the 100m at the 2017 and 2019 IPC World Athletics Championships. He set a new world record time of 14.93 in the 100m T34 at the 2017 Swiss National Championships – a record he then broke the following year at the 2018 World Para-athletics Nottwil Grand Prix, crossing the line in 14.80.

Rheed will return to the Paralympic arena for the Tokyo 2020 games where he is hopeful of winning his first Paralympic gold medal.

The NSWIS athlete has three Paralympic silver medals, a myriad of World Championship medals and was the 2019 Women’s 800m T53 World Champion.

Madison won two gold medals at the Gold Coast 2018 Commonwealth Games in the 1500m T54 and the marathon. Just a week after her Commonwealth Games marathon race, Madison made a last dash sprint to win the London Marathon – becoming the first Australian to win the women’s wheelchair title. At the 2018 World Para-athletics Nottwil Grand Prix Madison won gold in all three of her events and equalled the women’s 1500m T53/54 world record.

To kick off 2019, Madison set a new world record in the 800m T53 while competing at the 2019 GIO Summer Down Under Series in Canberra – crossing the line in 1:45.53. Later that year she finished third at the World Marathon Championships and won a gold and two silver medals at the World Para Athletics Championships.

What it takes to be a Paralympian

Inside the athlete village

What it takes to be an Olympian