Variability and the control of rotation during springboard diving

Variability and the control of rotation during springboard diving

Dynamical systems theory suggests that a property of highly skilled movement is the capability to functionally control and introduce degrees of variability according to task requirements (Handford et al., 1997). However, whilst skilled performance often requires a high consistency of movement outcomes (low outcome variability), skilled performers will often exhibit a higher intra-limb variability to achieve these consistent outcomes (high coordination variability). Being able to coordinate, control, and adjust movement presents a substantial challenge for divers. Understanding and identifying the process by which it can be achieved has important implications, least of all for coaching and performance optimisation.

This study firstly explored the degree of variability in angular velocity profiles across multiple somersault dive attempts. Secondly, it examined whether divers actively controlled the timing of the ‘kick out’ in accordance with variations in the velocity of rotation in an effort to assure accurate and reliable water entry.

Each diver produced highly consistent patterns of dive time duration and angular velocity, with standard deviations less than 1% of the mean.

No consistent pattern of correlation between  velocity and duration of the held tuck/pike position was apparent, and no other evidence of mid-dive feedback control was evident from the present methodology. 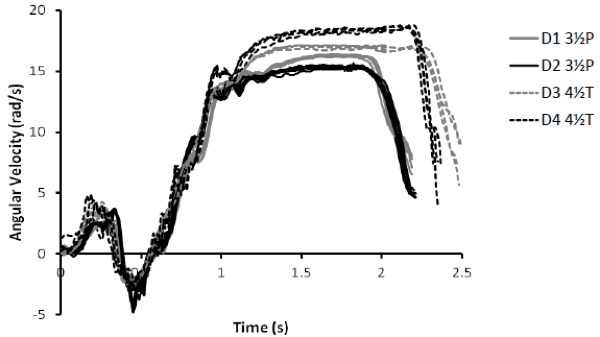 Figure 1: Angular velocity profiles for all trials of each participant.

A high degree of consistency in angular velocity appears necessary when performing multiple somersaults as part of a successful dive. Divers may have regulated the duration and velocity of their somersaults to within 1% of variability because to do otherwise would have resulted in a ten degree change in total rotation for the dive. There is no explicit evidence to suggest that divers were able to intentionally manipulate the timing of ‘opening-out’ from a tuck/pike position in response to variations in velocity of rotation. Thus, we remain reserved in understanding and recommending whether and how diving movements can be controlled prior to water entry. To progress from this position, it is proposed that examining dives with a lower number of required rotations, and consequently with a lower degree of difficulty, may provide better insight as to whether highly skilled divers can controllably modify their angular velocity in mid-flight to affect the angle of water entry.

Sinclair, P. J., Walker, C. A. & Cobley, S. (2014). Variability and the control of rotation during springboard diving. Presented at the 32rd International Conference of Biomechanics in Sport. Tennessee, USA, July 12-16.