Five medals on Day 1 of the AusCycling National Road Championships

Riders took to the courses on the opening day of the 2022 Federation University National Road Championships in Ballarat yesterday.

Para-cyclists opened the event yesterday, facing a strong breeze under cloudy skies. 56 starters – including 11 of Australia’s 12 cyclists at the Tokyo Paralympic Games and several NSW Institute of Sport scholarship holders – contested the time trials, taking to the courses between 16.9 and 28.6 kilometres in length around Federation University’s Mount Helen Campus.

In their first outing since Tokyo, Paralympian and 7News Spirit of Sport Award recipient Stuart Jones, and Paralympic gold medallist Amanda Reid put their names on this year’s list of champions.

Stuart was untroubled to win his MT2 event after enjoying a lengthy break post-Tokyo, while Amanda earned gold in the WC2 category. New to the road TT discipline, Team NSWIS’  Gordon Allan had a break-out ride, earning a podium finish in second place in his MC2 category.

Catch all the highlights from the opening day of the #RoadNats22, including the para-cycling time trials! ⏲

The podium finishes didn’t end with the conclusion of the para-events. NSWIS scholarship holder Emily Watts, riding for Knights of the Suburbia team, took out 3rd place in the Women’s U23 category while Matthew Dinham earned a second-place finish in the Men’s U23’s. Also in action was fellow NSWIS TT Project athlete, Dylan George who earned an impressive 8th place in his first year as an U23 athlete.

Meanwhile, in the women’s U19 division, Bronte Stewart was the first NSW athlete across the line while Kiera Will suffered a couple of setbacks resulting in a forced bike change and ultimately, a 13th place finish.

Among the u19 Men’s division, Alex Galea of the St. George Cycling Club, also an NSWIS TT Project athlete, was the first NSW athlete to cross the line, completing the course in 9th place. 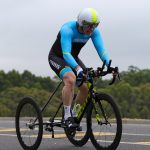 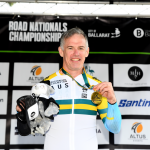 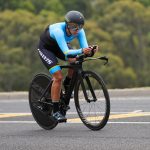 NSWIS congratulates all the athletes on impressive performances on day 1 of racing, and wishes all athletes well for the remainder of the Road National Championships.