The NSW Institute of Sport (NSWIS) and Regional Academies of Sport (RASi) today announced a partnership that will deliver improved pathway opportunities for regionally based athletes across NSW.

A four-year agreement which will run throughout the next Olympic cycle, the partnership will leverage off RASi environments and world class NSWIS high performance expertise to develop coaches, identify emerging athletes and nurture sporting talent through to the elite level of competition.

Acting NSW Minister for Sport Geoff Lee was thrilled to see both organisations working towards the shared goals of helping to create an active and inclusive NSW in which everyone has the opportunity to realise their potential.

“The NSW Government remains committed to the young people of regional NSW and I’m excited about the opportunities this partnership will create for talented athletes,” Mr Lee said.

“Improving athlete pathways will have a positive effect on the health and wellbeing of our regional youth, while helping to create job opportunities and employment pathways.”

NSWIS CEO Kevin Thompson spoke about the importance of the agreement for Australian and NSW high performance sporting systems.

“RASi and NSWIS have joined forces to address a fundamental gap existing in the national high-performance system,” Mr Thompson stated.

“By leveraging off our respective resources and expertise, together we can work towards achieving the vision of more NSW athletes representing Australia and winning medals at major international events.”

Some of the state’s most successful athletes, including NSWIS scholarship holder and Paralympic superstar Ryley Batt (wheelchair rugby) and two-time Olympian Emily Chalker (hockey), have risen to international success from their beginnings in regional NSW. 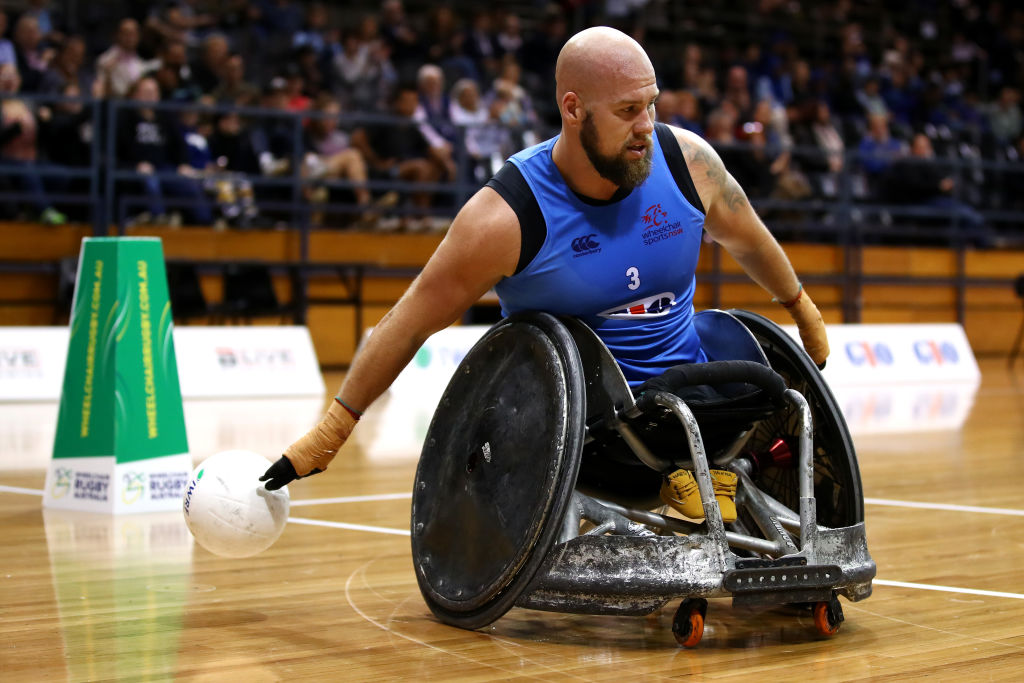 Batt, who resides in Port Macquarie, is a four-time Paralympian and co-captain of the Australian Paralympic team for the 2021 Tokyo Games, while Chalker originated from the Southern Tablelands and has since gone on to captain the Australian women’s hockey team, winning a host of international medals. The pair provide inspiring examples of what is possible with the right opportunities and support.

RASi Chair, Ian Robilliard OAM, was excited by the potential that the new partnership provides.

“We’re thrilled to be working alongside NSWIS to deliver emerging athlete pathways for the youth of regional NSW,” he said.

“RASi has a proud history of supporting the development of regional athletes and coaches. As well as creating 187 jobs supporting the regional community across the state, we take great pride in the holistic support and wellbeing messages we provide to our younger generation of future leaders. This partnership allows us to further build upon our legacy and help nurture the next crop of Australian sporting stars and world class coaches hailing from regional areas.”

“Currently, 620 athletes have progressed from RASi to represent Australia, with 34 competing at the Rio 2016 Olympic and Paralympic Games. The network currently consists approximately 2500 athletes, aged between 13 and 17 years of age, of which 55% are female. We have close to 750 coaches and volunteers in our system spanning across 86 LGA’s delivering over $60M of economic value each year.”

The partnership will initially focus on identifying and supporting the transition of talented athletes into high performance pathways, as well as selecting regional coaches to participate in coach development opportunities.

It is hoped the partnership will lay the foundation for the development of a NSW Talent Unit which, with increased investment, would further advance inclusive talent initiatives across the state, provide dedicated support for athlete wellbeing, create PhD research opportunities, and implement a targeted coach development program.

The Regional Academies of Sport Network include: