Timothy Hodge has backed up his 100-metre backstroke bronze medal with a sterling performance to win silver in the Men’s 200 Metre Individual Medley -SM9 at the Tokyo Aquatics Centre on Wednesday 1st September. 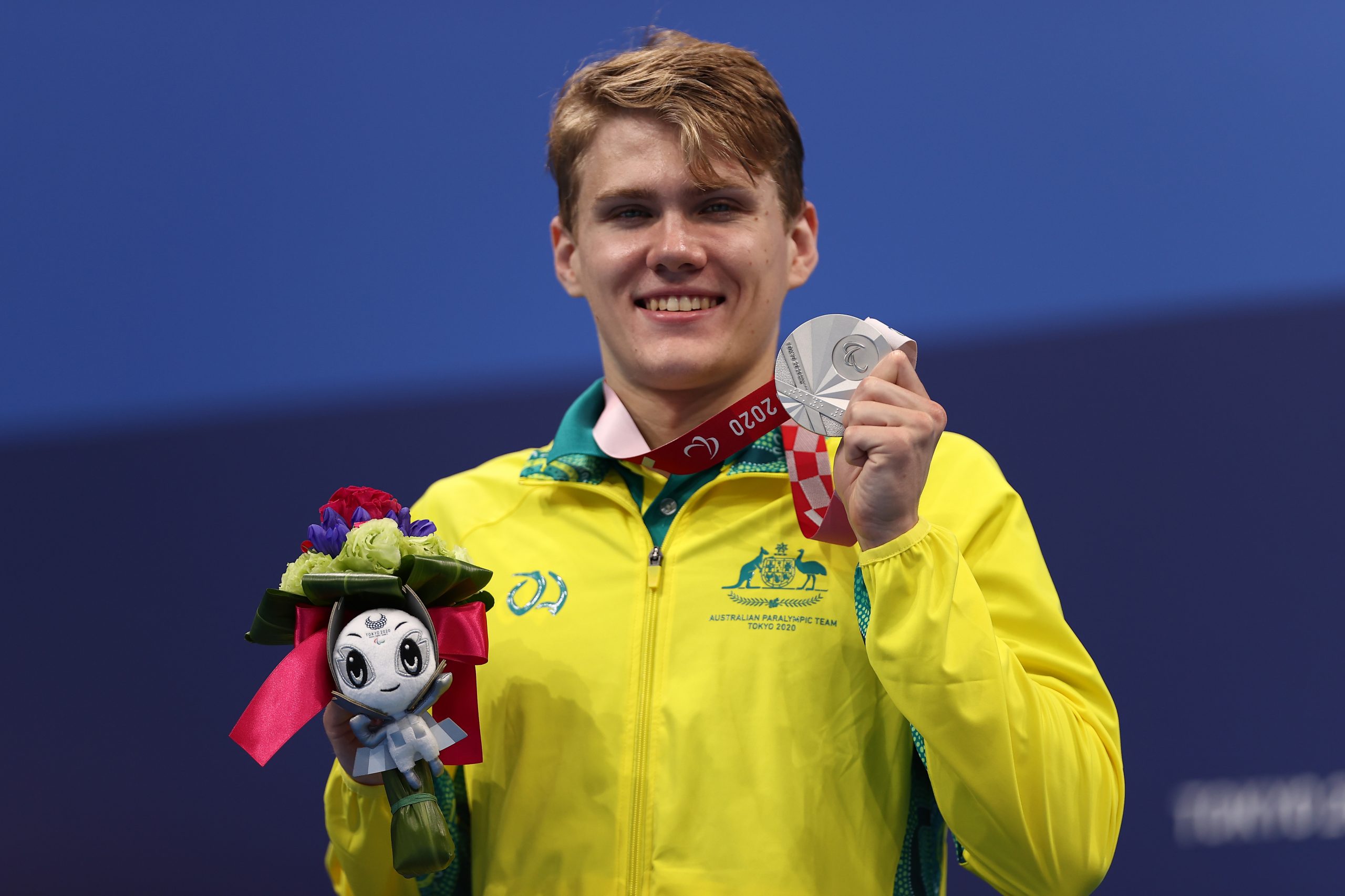 Describing it as the biggest moment of his career to date, NSW Institute of Sport (NSWIS) scholarship holder Hodge pushed through the pain in the final 50 to finish second in a time of 2:15.42 in a thriller behind gold medallist Andrei Kalina from the Russian Paralympic Committee (RPC) 2:14.90 with Ugo Didier of France taking the bronze medal in a time of 2:17.15.

Hodge came into the race as the fastest qualifier from the morning’s heats in a time of 2:17.41 and was first after the opening butterfly leg and again at the 100 turn after the backstroke leg.

Going into the breaststroke leg it was going to take a monumental swim to hold off Kalina, the gold medallist from the 100 breaststroke final.  The Russian moved quickly to attack Hodge’s lead and by the time they had hit the turn for the final lap Kalina had moved ahead of the aussie.

Kalina held on to win but it was a massive effort from Hodges to pick up his second medal for the games. His campaign continues with the men’s 100m butterfly (S9) on Thursday followed by the men’s 4x100m medley relay (34 pts) on Friday. 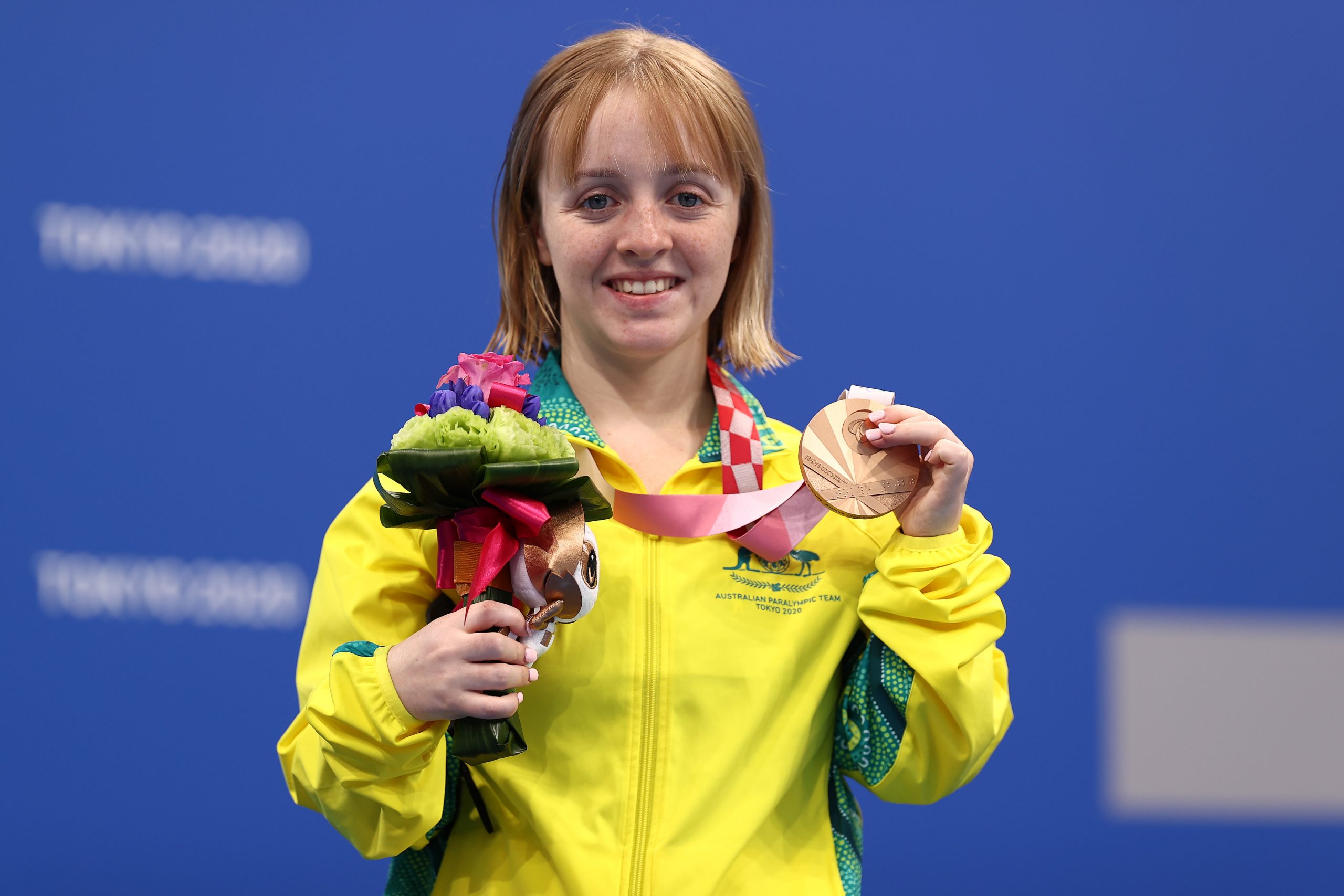 Earlier in the evening Tiffany Thomas Kane added to her medal haul, winning a bronze medal in the final of the Women’s 100 metre breaststroke SB7.

The bronze was NSWIS scholarship holder Thomas Kane’s second of the Tokyo Games – following her third place in the 200 Individual Medley last week – and her sixth Paralympic Games medal overall.

20-year-old Kane came into the Tokyo Games as a gold medallist from Rio where she won the 100-metre final in the SB6 class. Reclassification in 2017 to SB7 meant things were going to become tougher for Thomas but in typical dogged determination, she won the SB7 final at the 2019 World Para-swimming Championships.

Thomas Kane had some injury challenges leading into the Tokyo Games but put in a mighty effort to start the final as the second fastest qualifier.

A great start saw Kane (44.26) touch the wall at the turn close behind Mariia Pavlova (43.22) (RPC) and just ahead of American Jessica Long (45.04). Pavlova accelerated after the turn, extending her lead to be out of reach, leaving the silver medal to be a battle between Thomas Kane and Long.

The pair were neck and neck, but Thomas Kane was just pipped at the wall by the American with the podium places going to Pavlova taking gold in a time of 1:31.44, followed by Long with silver (1:34.82) and Thomas Kane with bronze (1:35.02).

Thomas Kane continues her Tokyo campaign when she lines up on Friday morning for the Women’s 50 metre Butterfly – S7 heats.