Tokyo Olympic and Paralympic champions were among the biggest winners at the 2021 NSW Institute of Sport (NSWIS) Awards on Thursday evening at the Royal Randwick Racecourse.

In a first for the NSWIS Awards, incredible season performances by Madison De Rozario and Jessica Fox meant they both walked away with the highly coveted Female Athlete of the Year award. Likewise, rowing trio Jack Hargreaves, Alexander Purnell and Spencer Turrin of the gold medal-winning men’s coxless four, nabbed the Powerade Male Athlete of the Year Award.

The annual event which celebrates the Institute’s biggest achievers for the past year, saw NSWIS athletes, coaches and staff, as well as some of the Institute’s greatest supporters, come together at Royal Randwick Racecourse.

Since commencing scholarship with NSWIS, Madison has made history by competing at her fourth Paralympics and becoming the Paralympic champion in the women’s T54 marathon and T53 800m events – remarkably breaking both Paralympic records. She also claimed a bronze medal in the women’s 1,500m T54 event. 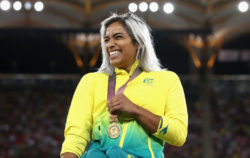 Outside of the Tokyo Games, Madison became the first Australian woman to have won the wheelchair marathon race at the prestigious New York Marathon.

These impressive feats were more than enough for Madison to be named the Office of Sport Female Athlete of the Year.

For the award’s co-winner, Jessica Fox, sharing the honours is an incredible feat for women in sport.

The three-time Olympian was humbled to receive the award following her incredible year on the water. For Jessica, her achievements outside the Tokyo Olympics were equally impressive, earning the world championship in three different classes, including 5 x world cup gold medals, the overall K1 world cup title, the C1 Olympic gold medal and the extreme canoe event. 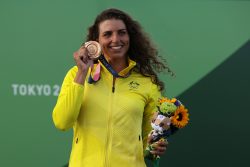 Her recent win in Bratislava a further promising sign for the future, with the event due to be included in the Paris 2024 Olympics program. The reigning world champion, an avid advocate for the event’s inclusion in the Olympic program. 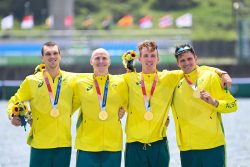 NSWIS congratulates each of the Athletes of the Year on an incredible 12 months, earning them the honours at the 2021 Awards evening.