The NSW Institute of Sport (NSWIS) is a high performance sporting organisation that supports Australian athletes to become world’s best.

The NSW Institute of Sport (NSWIS) is a high performance sporting organisation that supports Australian athletes to become world’s best.

We reach all regions of New South Wales with an Olympic and Paralympic training facility based at Sydney Olympic Park and high performance hubs across NSW that provide world class daily training environments for our athletes and coaches.

Our experts work in collaboration with partners within the national sporting system to create and deliver high performance support services and environments to prepare athletes and coaches for international competition.

See all our World Champions since 1996… 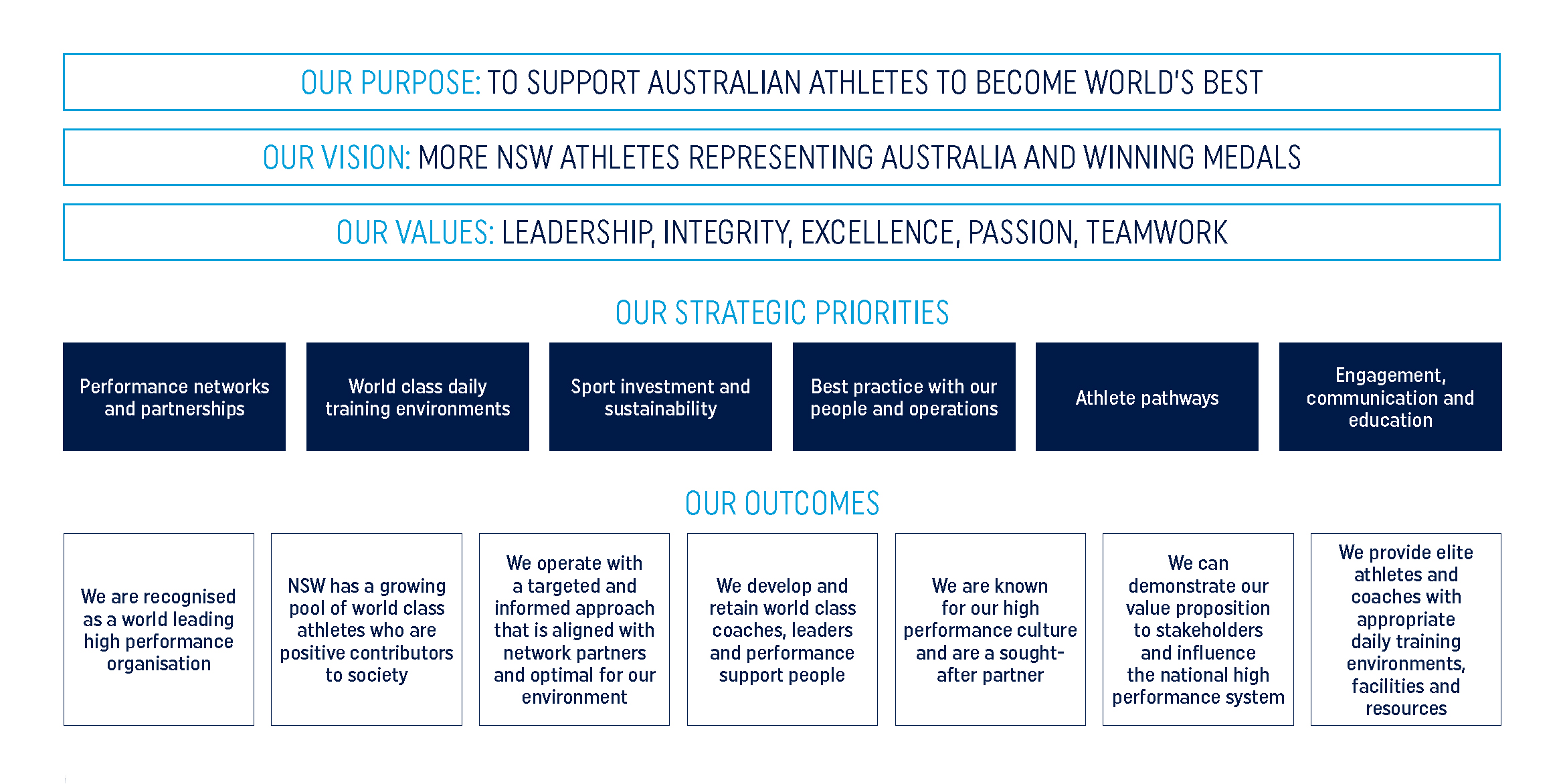 Jonathan Goerlach is a para-triathlete who competes in the PT5 Visually Impaired category. He represented Australia at the 2020 Summer Paralympics and won a bronze medal in the men’s PTVI at the Birmingham 2022 Commonwealth Games.

Jonathan is a member of the NSWIS Athlete Advisory Group.

After a car accident at 21 years of age left him a paraplegic, Erik took up wheelchair basketball and went on to represent Australia. He was a member of the Australian men’s team, the Rollers, that won gold at the 2009 IWBF Oceania Championships.

In 2011, Erik switched to rowing despite not having even sat in a rowing boat before. Within 12 months the Penrith Local had won a bronze medal in the PR1 single sculls at the 2011 World Championships. In 2012, he competed at his first Paralympic Games in London where he won silver.

The NSWIS athlete three consecutive PR1 M1X world championship titles in 2013, 2014 and 2015 and then again in 2017 and 2018 where he broke his own world’s best time. Erik was selected to his second Australian Paralympic Team for the Rio 2016 Games, where he defended his Paralympic silver medal.

As part of the Australian Development Squad, Morgan’s sights are set on the 2022 Birmingham Commonwealth Games, 2023 India World Cup and 2024 Paris Olympic Games.

Morgan has continued her national program development having previously been part of the Arrows Squad.  She was part of the NSW Pride team that competed in the inaugural Hockey One competition in 2019 and is also a member of the squad for the 2021 competition.

Australian diver and NSW Institute of Sport (NSWIS) scholarship holder Sam Fricker made his Olympic debut at Tokyo 2020, competing in the men’s 10m platform event and won a bronze medal in the men’s synchronised 3m springboard at the 2022 Commonwealth Games.

Born in Newcastle, Sam had a strong background in gymnastics and trampolining before taking up diving at age 11. Just a year into his new sport he won a regional and national school’s title.

In 2015 Sam was offered a New South Wales Institute of Sport scholarship and his family relocated to Sydney. At the 2015 National Age Diving Championship, Sam won gold in the 1m Springboard, 10m Platform and 3m Synchronised Springboard 12-13 age category events, as well as silver in the 3m Springboard, and was named Diver of the Year (12-13 years) by Diving Australia.

The young diver has won a slew of medals at junior national and international competition including bronze at the 2018 FINA World Junior Championships in the Mixed Team Event. In 2019 Sam became the first Australian to ever win the Dresden Youth International Diving Meet in the Boys Platform – winning by nearly 50 points

Lucien Delfour is a canoe slalom athlete who competed in the K1 event at the 2016 Olympics in Rio. Delfour has had multiple podium finishes at World Cup level, including silver at the 2019 World Cup in Markkleeberg, Germany.

Following wins in the K1 at both the 2020 ICF Oceania Canoe Slalom Championships and 2020 Australian Open it was announced that Delfour was off to his second Olympics where he will contest the K1 at Tokyo 2020.

With over 200 international caps to her name, Keesja Gofers is a senior member of the Australian women’s water polo team, the Aussie Stingers. She made her Olympic debut at Rio 2016 where the Stingers narrowly missed out on a place in the semi-finals.

In 2018/19 Keesja spent a season playing for Olympiacos in Greece where she helped the team to their sixth Greek League Championship in a row.

Evie Haseldine is a sailor and Paris 2024 Olympic hopeful.

The Sydneysider is a young Australian sailor who has dreamt of competing in an Olympic Games ever since she started sailing. At the age of 14, Evie competed at the Youth Olympics in Buenos Aires in 2018.

In 2018 she finished second in the Under 16s category at the open worlds, while placing 16th overall in the world rankings. The following year she came second in the female division at the 2019 Australian Youth Nationals crewing in the 29er class while placing third overall and in 2020, Evie was selected as one of four Australian women under 21 to compete in the SailGP Waszp Inspire Program. ​

Off the water, Evie is studying a Bachelor of Media and Communications at Sydney University.

Belle Brockhoff is an Australian snowboarder who competes in the snowboard cross discipline. She was selected for her third Australian Olympic team for the Beijing 2022 Winter Games.

Skiing since she was three years old and with a rich history of winter sports in the family, Belle first took up snowboarding at age 10 and quickly earned her first interschool national title.

Belle toured her first world cup season for snowboard cross for the 2012/13 season and became the first Australian woman to win a world cup medal for the sport (bronze in Montafon). By the conclusion of the season, she was ninth overall on the world cup standings and had placed sixth at the Olympic Test Event in Sochi, early 2013.

On debut for the Australian Winter Olympic team at the Sochi Games, Belle achieved the highest placing of the Australian snowboard cross athletes, finishing eighth.