Based on world-class performances in 2019 on the World Surf League (WSL) World Championship Tour (WCT) and competition results so far in the Roxy Pro, currently being held in Hossegor France, both Sally Fitzgibbons and Stephanie Gilmore have secured the WSL ranking requirement for qualification for the Tokyo 2020 Olympic Games.

In May 2020, Surfing Australia will consider athletes that have satisfied the Tokyo 2020 Nomination Criteria and will submit to the Australian Olympic Committee for selection.

Both girls have secured an individual WCT event win in 2019 and have been consistent performers throughout the year, which now guarantees they finish inside the Top 8 on the WSL CT Rankings, therefore, earning provisional places to compete in Tokyo.

Surfing makes its Olympic debut in Tokyo in 2020. The 2019 WSL CT, the elite year-long tour that crowns the World Champions each season, has been an important qualification pathway for Australia’s best surfers, along with selection for ‘Team Australia’ at the 2019 and 2020 International Surfing Association (ISA) World Surfing Games.

“Congratulations to both Sal and Steph for securing their WSL ranking requirement for Olympic nomination, at this point in the year. When the Tokyo Qualification System was released, everyone knew the greatest challenge for athletes was always going to be securing this WSL ranking.

The standard of competition on the world stage, is rightly fierce now. In witnessing what it takes to compete consistently at this level over the course of an entire year, both girls are an absolute inspiration. We are so proud of what they do and even more importantly of who they are as the worlds best surfers and people.”

“This is such an exciting time for both Sal and Steph. Much focus has rightly been on their individual CT campaigns this year and in doing so they have kept their Olympic dreams alive.

“This is a significant milestone for both girls and we acknowledge their ability to consistently deliver world-class performances. With this news and also off the back of the recent ISA World Surfing Games experience, Olympic Games excitement is building.

I look forward to supporting both Sal and Steph over the next part of the journey and wish them well for the remaining couple of events on the CT in both Portugal and Hawaii.” 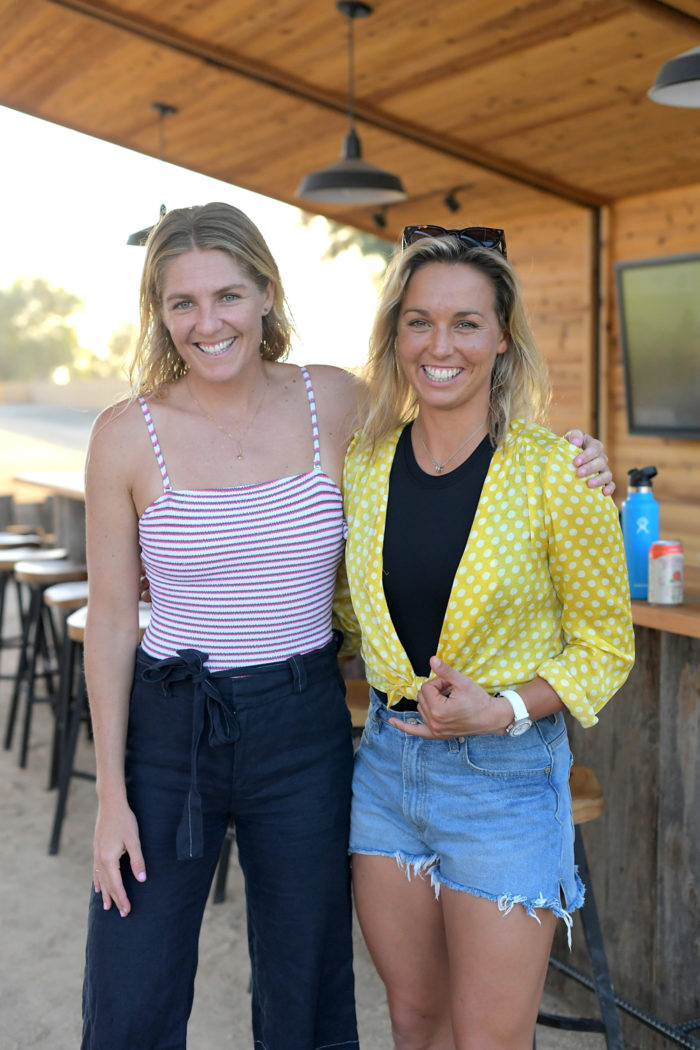 Even with your healthy workplace set up prepared, it is important to still break the sitting position regularly....

Working from home places different challenges on your body....

Useful for those who have had minimal exposure to regular exercise programs and are after some direction to help build healthy habits and kick start their fitness goals....

The measures to stop the spread of COVID-19 have undoubtedly had a significant impact on your life....

How to set up your exercise bike

For many of us, establishing a ‘home gym’ is a new experience so it’s important that we are setting up and using the equipment correctly....

VIDEO | Message to athletes for Tokyo

We have a special video message to our athletes, who were preparing for Tokyo....

Even with your healthy workplace set up prepared, it is important to still break the sitting position regularly.
Find out more

Working from home places different challenges on your body.
Find out more

Useful for those who have had minimal exposure to regular exercise programs and are after some direction to help build healthy habits and kick start their fitness goals.
Find out more