NSWIS sailors on the podium for Nacra 17 World Championships

Sailors with the NSW Institute of Sport have dominated the podium at the Nacra 17 World Championships, with the brother and sister duo of Nathan and Haylee Outteridge claiming silver, and cousins Jason Waterhouse and Lisa Darmanin, the bronze.

Great racing was the key ingredient of the last day of regatta, and even the wet weather could not take the shine off the results. The Sou’wester held sway all day delivering 12-21 knots and rain as the afternoon wore on, but action, excitement, and the battle for supremacy were far more the talking point.

Although the Outteridges were the overnight leaders in the Nacra 17 class, it was Waterhouse and Darmanin who shot out early to take the first of the two Gold Fleet races of the day. By the time both of those were completed they had climbed into second place, 13 points astern.

In the stiff breeze that was on offer for the medal race, neither of the two Australian crews started well. The British crew of John Gimson and Anna Burnet took the lead on the first upwind leg, and were never headed from there. The Outteridge team finished in ninth, which left them just one point behind the Brits when all was said and done. 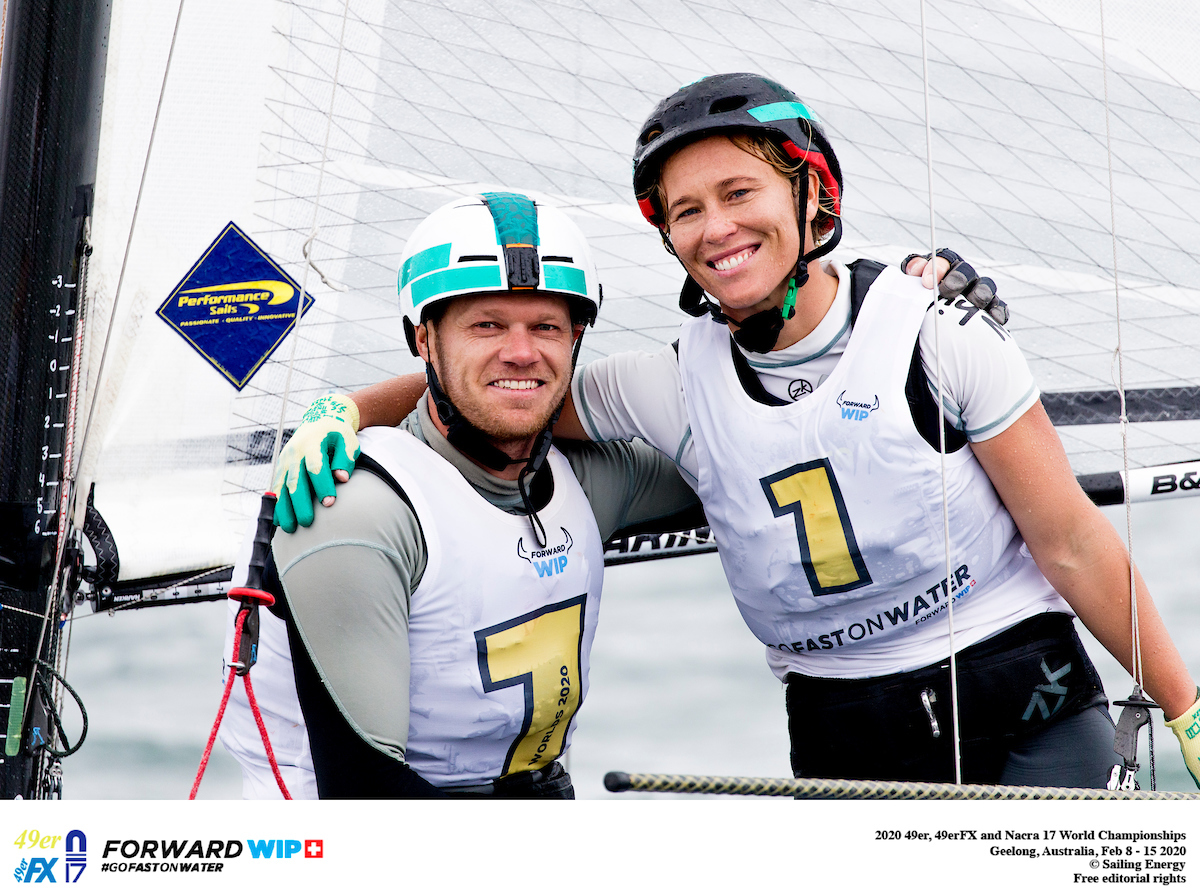 Nathan Outteridge said after racing, “It has been a really good week for us. Today is a bit of disappointing end to it, especially as we had that lead. To lose the Worlds by the one point is tough. At the end of the day if you don’t get the result you want, then it hurts. Despite that, it was fun to sail at the kind of level we did. I know we stepped it up to what was needed, and just could not close it out.”

Lisa Darmanin said once back ashore, “It was a pretty tough week at Geelong. We sailed well today to give us a shot at taking out the Gold. We are pretty happy and pretty proud of our two Bronzes at two consecutive World Championships. We have really developed as a team, and I think we’re working better than we ever have.”