NSWIS Awards celebrate the best of 2018

This year’s highest achieving athletes, coaches and support staff have been honoured at the 2018 NSW Institute of Sport (NSWIS) Awards held at the Sydney Cricket Ground.

Headlining the night’s winners was canoe slalom star Jessica Fox who capped off an historic season of competition by taking out the prestigious Office of Sport Female Athlete of the Year award.

“I’m so humbled, there’s been some amazing performances by the girls this year at NSWIS”, Fox said, still in disbelief over her recent success.

“I still really can’t believe it. I was just happy to be there and enjoy myself on the water and I think once I was able to express myself, the results came and I just kept the ball rolling.”

Fox, already a two-time Olympic medallist, this year became the greatest individual paddler in the history of canoe slalom after winning the C1/K1 World Championship double in early October. It was this success which also heavily contributed to mother Myriam being named the Southern Design Coach of the Year.

“I’m really proud of her”, Fox continued. “She’s such a hardworking, passionate, driven, resourceful person and she’s had a massive influence on my career, my sister’s and our team.” 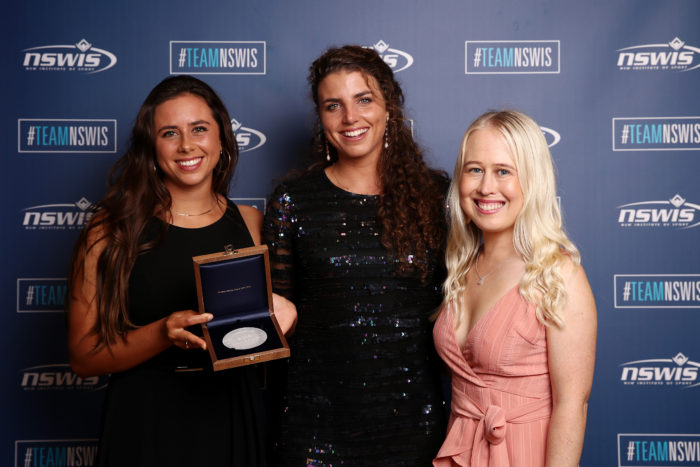 PyeongChang 2018 Winter Olympic medallists Matthew Graham and Jarryd Hughes were named joint winners of the M.J. Bale Male Athlete of the Year Award. The duo shared the honour after taking out two of Australia’s three total Winter Olympic medals in February with silvers in the men’s mogul skiing and snowboard cross events respectively.

“This is definitely up there in terms of honours I’ve received as an athlete”, Graham said upon accepting the award.

“I know some of the best Australian sports people have been in this spot so it’s an extreme honour to have my name up with theirs.” 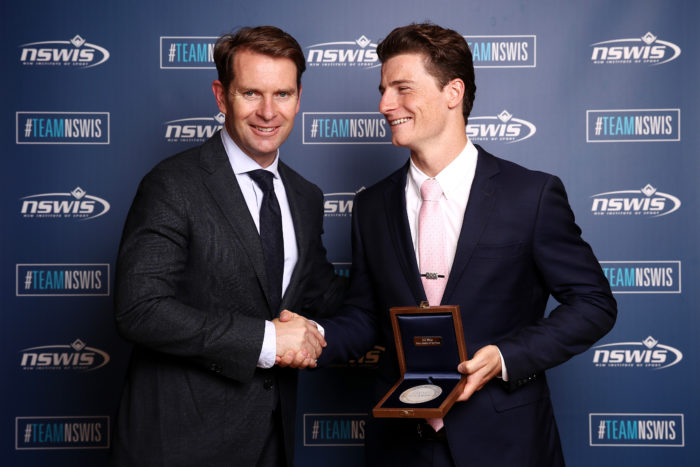 The impressive results at both the 2018 Winter Olympics and Paralympics, including a total of four podium performances, helped the NSWIS Winter Sports Program win the Sydney Olympic Park Authority Program of the Year, an award proudly accepted by Peter Topalovic.

In the Mizuno Junior Athlete of the Year category, 18-year-old track cycling star Thomas Cornish followed in the footsteps of illustrious winners including Ellyse Perry, Dani Samuels and (Jessica) Fox by being named the winner. 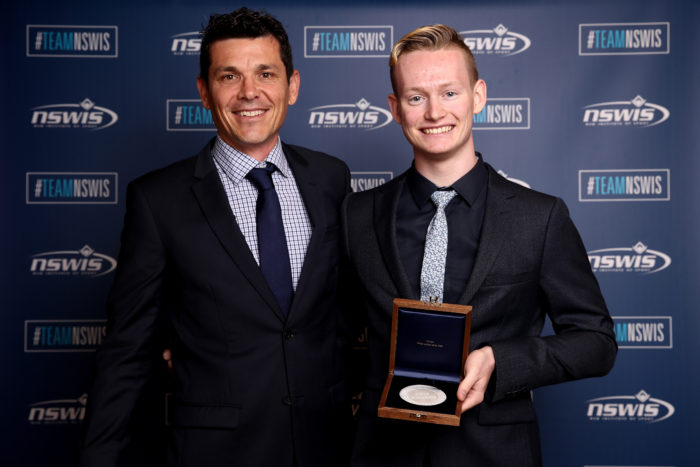 “It was a very, very tough journey getting back to sport”, Parker stated.  “I never thought I’d be back competing, it all comes down to the support that I’ve received which has been absolutely amazing.”

“Competing at the Commonwealth Games within 12 months of my accident is something I would have never thought would be possible.” 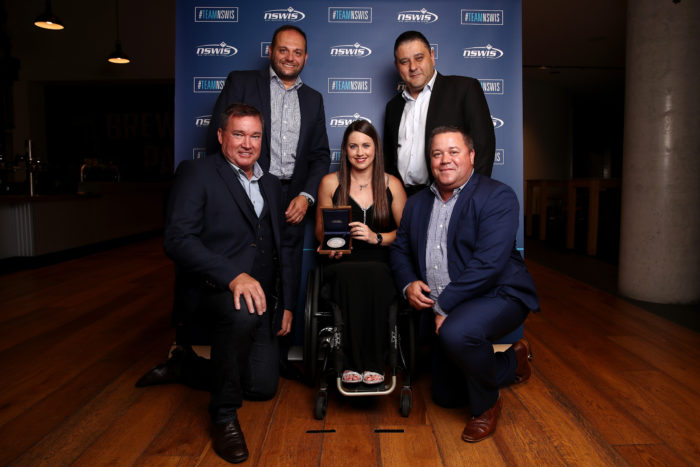 Dual Winter Paralympic bronze medallist Melissa Perrine was the recipient of the Clubs NSW Personal Excellence Award having coupled her PyeongChang success with the completion of a Masters of Physiotherapy. 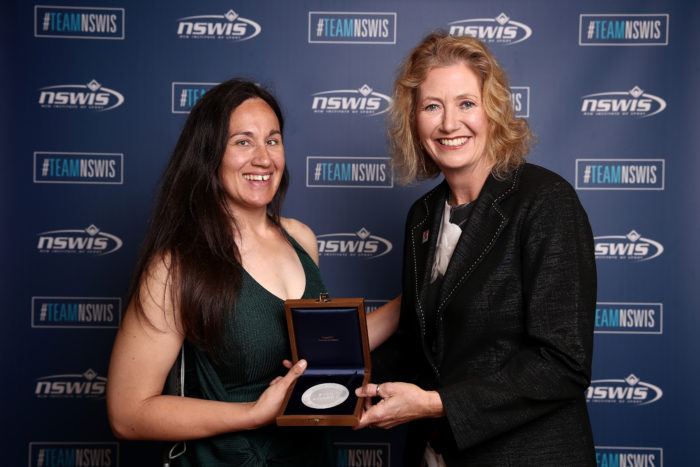 Despite spending a significant amount of time overseas with his water polo commitments, the 22-year-old managed to hold a distinction average in his studies for a Bachelor of Physiotherapy.

In the new 7News Spirit of Sport Award, as voted by the public, Christian Geiger won by the slimmest of margins for his act of generosity in flying Perrine’s family to PyeongChang, allowing them to watch her compete at the Winter Paralympics. 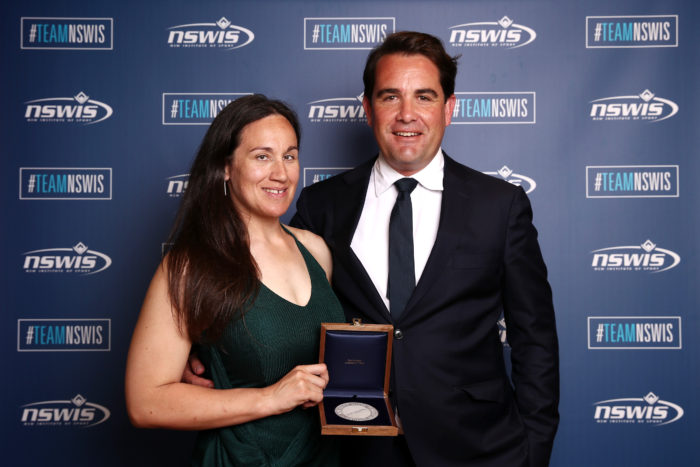 The night was hosted by former NSWIS sprinter Matt Shirvington, celebrating the wide-ranging achievements across the state’s elite sporting community. 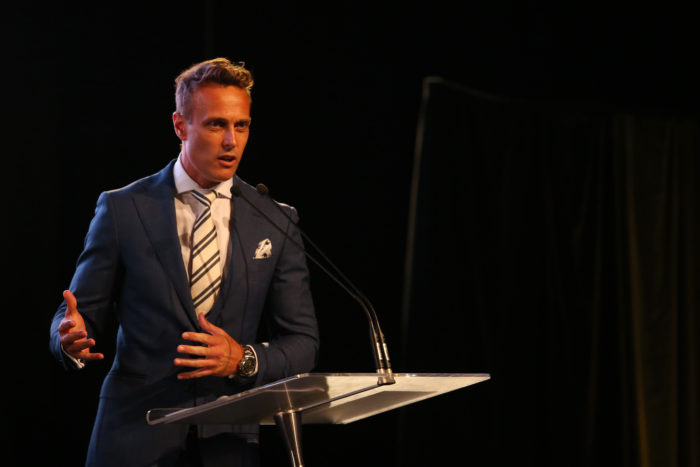