Current world and Olympic champions were among the biggest winners at the 2019 NSW Institute of Sport (NSWIS) Awards on Thursday evening at Royal Randwick Racecourse.

Swimming superstar Cate Campbell and sailing phenomenon Tom Burton walked away with the highly coveted female and male athlete awards respectively at the annual event which celebrated the Institute’s biggest achievers for 2019.

Since transitioning to NSWIS in January, Campbell has progressed impressively at the new Northern Metro High Performance Hub. 12 world cup medals for the season was followed by five podiums at the FINA World Aquatic Championships in July. Her substantial medal haul, including two world championship relay titles, were enough for Cate Campbell to be named the Office of Sport Female Athlete of the Year.

The three-time Olympian was humbled to receive the award following her incredible year in the pool.

“I feel extremely honoured and privileged to be the recipient of this award” said an elated Campbell.

“I’d like to extend a huge thank you to the NSWIS team and Swimming NSW. I have received such a warm welcome and, for a Queenslander, I wasn’t really expecting it.

“I can’t wait to see what preparations through to 2020 are going to look like wearing a blue cap.”

“It’s a great honour, firstly be nominated but also to win the award” said Burton.

“There are a lot of top athletes in NSW and I think they all did a really good job so it is a real honour to win.

“The World Championships was the last big win I needed and it was a great feeling. 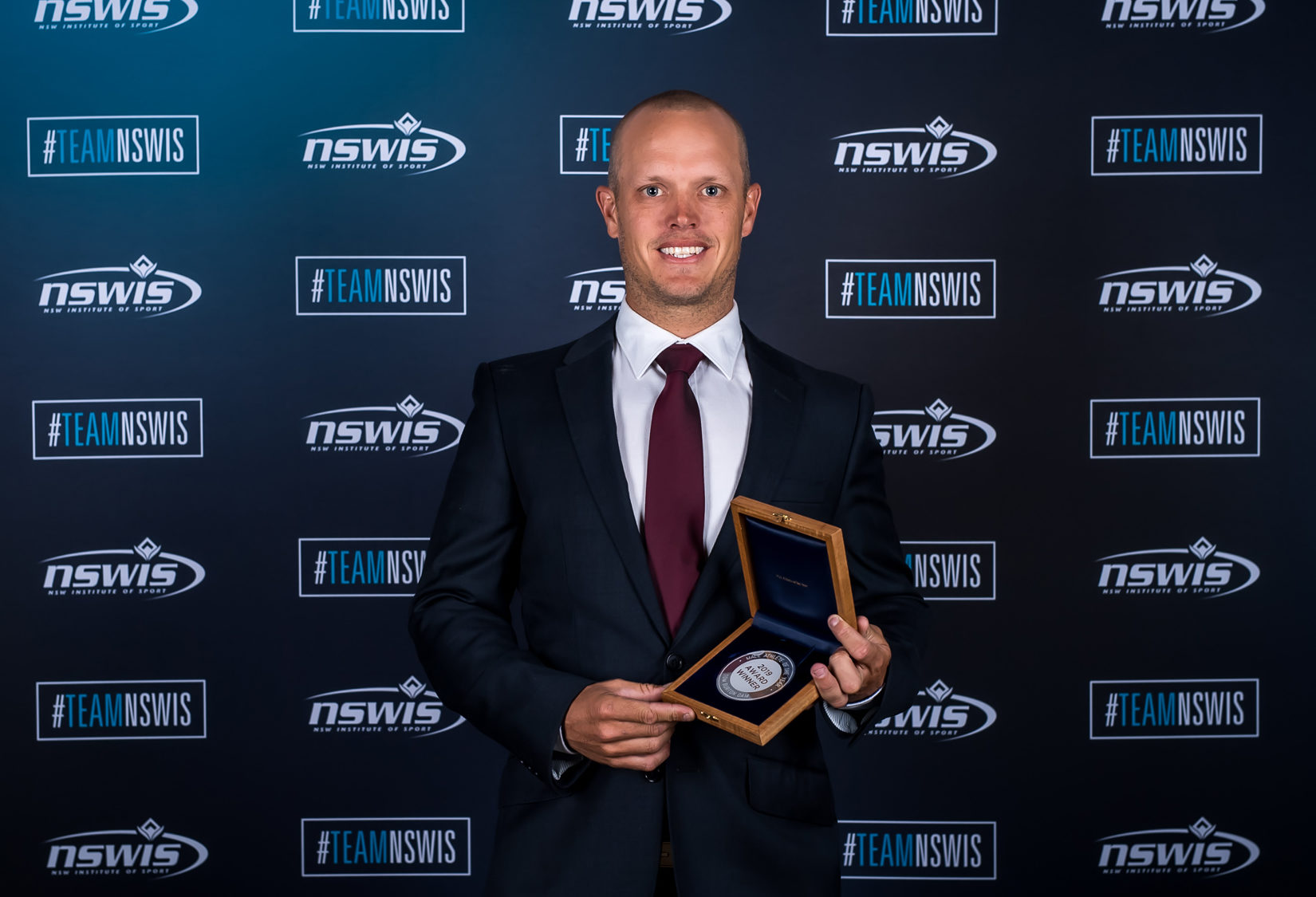 The 7News Spirit of Sport award, which acknowledges NSWIS athletes, coaches and staff who have demonstrated the ‘spirit of sport’ over the past year, was won by the Australian Olympic Committee’s Olympics Unleashed program.

The award is the only publicly voted on category of the NSWIS Awards and this year celebrated the positive impact athletes are having in the community, with the Olympics Unleashed program sending athletes into schools to speak to Year 9 students across the state.

In positive signs for the future of the sport, the sailing duo of Will Cooley and Rebecca Hancock were named the Mizuno Junior Athletes of the Year after claiming gold at the 2019 Hempel Youth Sailing Championships in July. 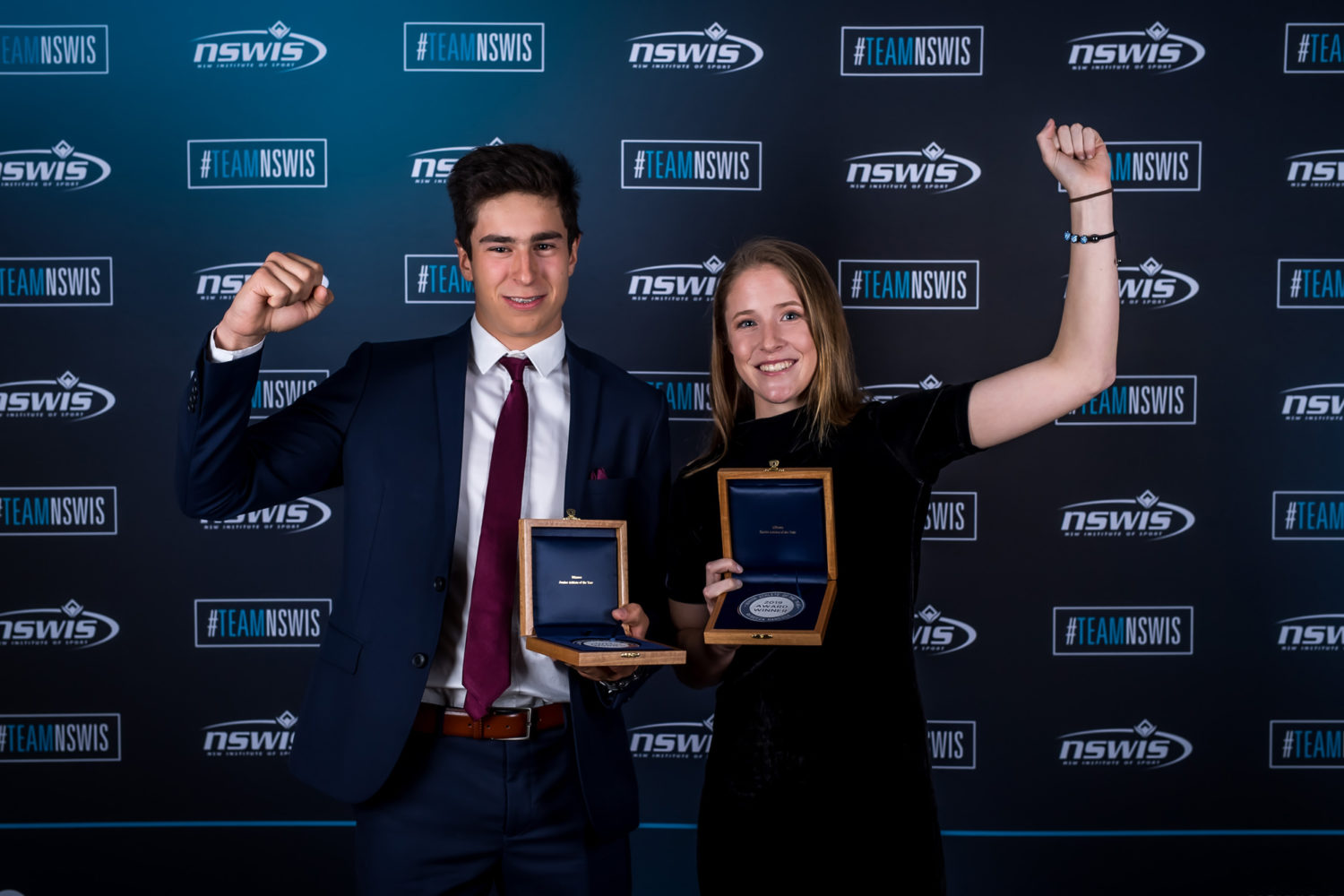 NSWIS CEO Kevin Thompson spoke proudly of the night’s honourees in a year where the Institute’s athletes, coaches and support staff are firmly focused on the Tokyo 2020 Olympic and Paralympic Games.

“In 2019, NSWIS boasts a total of 14 world championship titles across eight different sports,” he stated.

“I cannot speak highly enough about the effort and commitment shown by our athletes, coaches and support staff so it’s great to come together tonight and celebrate what has been a fantastic year of results.”

The NSWIS Swimming program was one of the night’s biggest winners being named the Sydney Olympic Park Authority Program of the Year while head coach of the Northern Metro Swimming Hub, Simon Cusack, picked up the Southern Design Coach of the Year.

In a first for the awards, Lauren Parker was honoured in the Ian Thorpe AM Outstanding Achievement category for a second consecutive year. Presented by Ryde Toyota, the Award has once again recognised Parker’s ongoing battle to overcome her tragic training accident in 2017, with the para triathlete ending the 2019 season as a world champion.

In the night’s other awards, Australian rower Harriet Hudson was presented with the University of Sydney Academic Excellence award while track star Nicholas Hough received the Powerade Personal Excellence award following the growth of his own start-up company, ‘GradeProof’.

Since its establishment in 1996, the NSW Institute of Sport has helped to support 190 athletes win a total of 257 summer Olympic and Paralympic medals and looks set to add significantly to the tally in 2020.

There you go Phillip 🙂

The players tasked with continuing the Kookaburras’ dominance as champions in men’s hockey have been announced for the Birmingham 2022 Commonwealth Games, with four NSW Institute of Sport (NSWIS) scholarship holders selected....

With three national indoor records to his name, NSW Institute of Sport (NSWIS) scholarship holder Oliver Hoare delivered his first outdoor national record on 17 June 2022 with a dazzling 3:47.48 to finish in second place in the Dream Mile at the Diamond League in Oslo....

Olympic and Paralympic medallists are part of a new look Athlete Advisory Group (AAG) recently announced by the NSW Institute of Sport (NSWIS)....

Olympic Champion and NSWIS scholarship holder Jess Fox has continued her impressive World Cup form to take back to back K1 crowns this time in Krakow, Poland over the weekend....

The players tasked with continuing the Kookaburras’ dominance as champions in men’s hockey have been announced for the Birmingham 2022 Commonwealth Games, with four NSW Institute of Sport (NSWIS) scholarship holders selected.
Find out more

NSW Institute of Sport (NSWIS) athletes are enjoying multiple podium successes in multiple sports across the globe.
Find out more

With three national indoor records to his name, NSW Institute of Sport (NSWIS) scholarship holder Oliver Hoare delivered his first outdoor national record on 17 June 2022 with a dazzling 3:47.48 to finish in second place in the Dream Mile at the Diamond League in Oslo.
Find out more